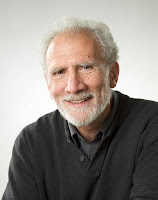 Frank Vitale, a filmmaker who attended my Creativity Workshop, is diving in for part two of our conversation on the same topic.

Frank: Ann, you’ve given us permission to play unencumbered. I imagine a child finger painting. But I want to create something professional to communicate with other people. How do I get from here to there?
Ann: Your challenge as an artist is to access that child-space where you can have fun, create new worlds and—as you say—get your hands messy. Once you have exhausted yourself that way, you need to back off from the work. Even the subconscious—the inner child—needs a break, nap time, milk and cookies, whatever!

Once you’ve guided that child, whom I call the Wunderkind, out of the room, it’s time to invite in the Editor. The Editor loves to create order out of chaos. The Editor will sort, select, try out, rearrange. More adult than the Wunderkind, the Editor is also playful and daring: like a teenager with some knowledge and the adrenaline to try something new.

Frank: I’m glad that I can still play. I thought the Editor was going to be a taskmaster and I’d have to be clear-headed and detached. I’m not sure I am capable of that.

Ann: When you get tired after sustained creative activity or don’t know what to do next, that’s time to call in the Editor. You may have a longing for order—to rearrange dishes, sort through clothes, or clear the basement. Those transition activities can help summon your Editor. They create time and space for a shift to occur in both your brain and environment.

There’s a definite shift. To create a manuscript, I may spread poems on the floor. My Editor will quickly select and group them, put them together and pull them apart. It feels fun and intuitional—I have no idea where my Editor is leading. Days later, I may move several poems. My Editor is fine-tuning. I trust her completely.

Another way to invoke the Editor is before sleep. I can think, “I need help editing this poem.” It’s like placing an order: I go to sleep while my Editor turns on the lamplight and gets to work. The next day there may be some new ideas.

What would you ask your Editor for help with?

Frank: I want to know if my work makes sense, communicates, engages – in short, is it any good?

Ann: You would ask, “Is there anything I need to do to improve the film?” You might live with that question for a week. Step away from the creative churning for a while.

Frank: I am curious how your Editor interrelates with other Editors—in workshops, writers groups and with writer-friends?

Ann: My Wunderkind loves workshops and sharing work with others. She enjoys seeing what other people are doing. She finds inspiration and challenge among other artists.
Editing, however, is a solo practice. If a document is circulated, edits input by each person require quiet and focus. In graduate workshops, when 15 Editors suggested edits, I never knew which had the most merit; many were contradictory. My Editor felt overloaded and overwhelmed.
Teachers encouraged us to find two or three people we could turn to over a literary lifetime. Integrity is crucial here: Editors who constantly applaud work are useless. Similarly, Editors who do not understand the poet’s intent offer no value. I am blessed to know two award-winning poets whose Editors love to work with my Editor. We know we are there to support, challenge and promote one another’s work.
Frank: I learned something about giving feedback from my film class. For the first five years I taught it, I critiqued students’ one-page scripts. One semester, I got two scripts, one well written and the other—an incoherent script.

While the good writer made a so-so film, the incoherent writer created a spectacular one. I

realized their scripts could not wholly convey their ideas; furthermore, my criticism could have been destructive. For 25 years now, I haven’t critiqued student scripts. I find what is good in them and bring that to students’ attention. This unconditional love works wonders—their film quality is much better.
Ann: Your story illustrates the interplay between the Wunderkind and the Editor beautifully. That student with the tidy script allowed her Editor to participate in her project too soon. Sure, she could hand in a great script—but the Editor’s continued presence created a less than adventuresome project.
The second student, with the crazy script, allowed her Wunderkind to be in control—its incoherence shows that a preverbal Wunderkind was guiding her project! That audaciousness and playfulness continued into the film.
Here’s the lesson: The Wunderkind and Editor cannot be in the room at the same time. The Wunderkind thrives on creative chaos and the Editor on patterns and order. If the Wunderkind is playing, the Editor will say, “What on earth are you doing? Here, let’s clean this up now!” And the Wunderkind looks around meekly and shrugs, “Okay.” Editors by nature are authoritative and that’s intimidating to the Wunderkind.
I once coached a man who could not get started writing his manuscript. I explained that his Editor was in the room. “What will you say to your Editor to make him leave?” I asked. He thought and said, “’I value you and will need you later. Right now, I am asking you to leave.’” After that, his manuscript poured out in a matter of months.
It takes 10 years for the Editor to learn his or her chosen craft. And, once we learn those rules, we can break them. That’s the Editor’s choice too. That’s why the Editor can end up being just as playful as the Wunderkind—but in a more adult, conscious, deliberate way.
What does the Wunderkind feel like to you? Your Editor? When do you know they are battling?

Frank: My Wunderkind is fear. When I explore a project, I feel it’s good it if it scares me. For my last documentary, “A Perfect Stranger,” I would go to Starbucks or Washington Square Park, find someone that interested me based on their appearance, then ask if I could do an in-depth profile on them.

Approaching strangers is scary. So is pushing them to reveal who they are. I paralleled the idea with an attempt to find out who I am. Now that’s really scary! (see the doc) I like walking on the edge. To me, art is on the edge.

Ann: Georgia O’Keeffe spoke about walking a knife’s edge, knowing she will probably fall off, but being compelled to do so anyway. If you think about it, a kid would never have any problem walking up to a stranger and saying, “I want to make a movie about you.”
When the Editor is in charge, make sure the Wunderkind doesn’t sneak back in. The Editor needs solitude. If a novelist is putting final touches on a book, the Wunderkind might say, “Let’s have aliens land in Chapter 3,” or “Why can’t the main character live happily ever after instead of dying?” Sometimes there can be valuable insights but mostly it’s an attempt to derail completion.

In the final moments of completing a project, stay tuned with that energy that brought you to this point. Say, “I still don’t know where this is going, but I trust the outcome.” If you are picturing reviews, visualizing the audience, take a break. Do what you need to do to get back in your zone—whether saying a prayer, doing a little writing, or going somewhere for a walk. Art is a spiritual practice and any background noise needs to be addressed.
Frank: That is really useful and I know it will be to others as well.
Thank you, Ann. This has been great. I look forward to the final character in your triumvirate, the Advocator.
Ann: My pleasure, Frank! Next time we’ll talk about getting our work out in the world.
Posted by annogram at 7:11 PM