Wishing you joys of Christmas, Hanukkah, or your own tradition in this season of lights. I’m celebrating work in poetry anthologies Polterguest (Main Street Rag), Realms of the Mothers (Dos Madres), Our Last Walk (University Professors) and Theories of HER (Mercurial Noodle); journals Opossum Lit and St. Petersburg Review; and next year, my second book Free Ferry (Upper Hand) that you can pre-order now, and an untitled Main Street Rag anthology on bars.

Join me at Scarsdale Library, Sunday, December 4, at 11:45am for readings by novice and seasoned local writers.  I will be selling my books and sharing with the day’s readers and attendees about the literary life and craft. Thanks to novelist Barbara Josselsohn and her talented student Mary Wasacz for inviting me to this lovely event. Hope to see you there!

Bonamassa, one of the best blues guitarists today, gave a soulful two hour plus concert last month. While his wide range of blues is inspired by the Three Kings (BB, Freddie and Albert), he is rooted in the British translation of Delta blues evidenced in his Beck-like “Going Down” and Zeppelin’s “How Many More Times.”

In trademark gray pinstripe suit and sunglasses, Bonamassa opened with a Fender Stratocaster which he also used in his tribute to Leon Russell. He dazzled on a Gibson ES-335 (like BB King’s Lucille); vintage 50s Les Paul, Explorer, Firebird, and 335 variants with and without Bigsby vibrato.  And Long Island welcomed him warmly, with one fan exulting, “Joey Bag-o-Donuts!”

Thanks to my favorite blues guitarist, Michael Cefola, for help with this review.

Sasha Meret: Selected Works, an exhibit curated by Beth Gersh-Nesic, director, New York Arts Exchange, will be at Rafael Gallery in New York from December 2-22 and opening reception take place December 12, 6-8pm.  The gallery, normally open Monday-Friday, 11:30-6:30pm, will be closed for the holidays. Call Rafael Gallery (212-755-4888) for hours and times after January 5. 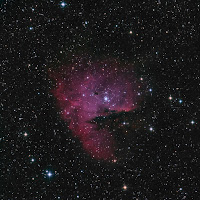 On Friday, December 2, Westchester Amateur Astronomers will host Dr. Reshmi Mukherjee, an astrophysicist and professor of physics at Barnard, who will speak on high-energy processes in the universe. You can look forward to more monthly talks next year by noted astronomers and free star parties held at Ward Pound Ridge. In the meantime, enjoy this amazing photo of the Pac Man nebula by WAA astrophotographer Olivier Prache.

Create your own video

In one weekly class for 10 weeks at the School of Visual Arts, Manhattan, you'll receive hands-on training from Frank Vitale, 30-year film instructor as you script/shoot your first promo video. Equipment provided and 25 hours instruction is $340, which would buy a mere 45 minutes in professional studio. Sign up at http://bit.ly/2gnpi8Z or contact Frank (vitaleproductions@me.com). Frank is a great teacher! Only a few spaces remain.

Want to get your writer game on next year? Attend the Unicorn Writers Conference at Manhattanville College on March 27. If you can't wait for feedback from editors and agents, the conference is offering a pre-conference special for $150 to have 40 pages of writing reviewed by an expert. Send a check to PO Box 176, Redding CT 06876 and your manuscript and summary to unicorn4writers@gmail.com. 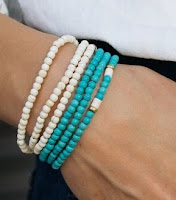 Consider two fantastic Nashville organizations:  FashionAble for distinctive women's jewelry, leather handbags and wallets made by craftswomen worldwide seeking financial independence; and Thistle Farms, for natural oils, balms and soaps made by women who have come off the street and are building new lives in a safe community setting.

This has to be the ideal breakfast cake, perfect for house guests to help themselves with a cup of tea or coffee: not too fattening, easy to make ahead, delicious. You probably have all the ingredients, save the lovely green apple.

Thanks and/or congratulations to the following for these links and good news:

Translator Neil Blackadder for telling us about Theater in Translation

Translator Isabelle Fuller for this musical take on a difficult election

Actor Celia Pilkington for receiving funding for the play Bigger Than You, Bigger Than Me

Poet Linda Simone on discovering Black Lives Matter: A Poetry Reader and on her first art exhibit in her new hometown of San Antonio

The UK’s Zoomorphic on its marine life-inspired anthology, Driftfish

We close this year by celebrating the strength and diversity of our creative community, and our mandate to bring our individual gifts into the world for healing, for joy, for wholeness.

Posted by annogram at 4:32 PM No comments:

Sculpted my way into it at my friends’ house, and received the ultimate compliment at home from seven-year-old trick-or-treaters, a witch and baby bear, who pronounced my pumpkin “Very cool!” “Carved it myself,” I beamed. Costumes seem traditional this year, with a renaissance princess and Oz scarecrow my favorites. On the Internet, I found a treat—a poem of mine from last summer.

Opossum Lit made its debut yesterday at an evening reading during the Portland Lit Crawl.  I'm excited that two of my favorite poems devoted to music, "Revolution," and "Ring of Fire," will appear in the inaugural issue.  Break a leg, or as my friend Meredith Trede says, break a line, Opossum Lit! 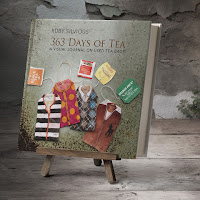 Realms of the Mothers

Dos Madres Press will inaugurate its anthology celebrating its first decade of poetry, Realms of the Mothers (Dos Madres Press, 2016), on December 7, 6:30pm, at the Mercantile Library in downtown Cincinnati. Dos Madres published my first book of poetry, Face Painting in the Dark (Dos Madres, 2014) and will include “Dance in the City” and “Velocity” in Realms. 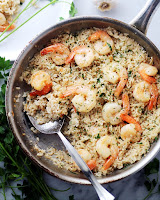 Congrats and thanks to the following for links and news:

Poet Joel Allegretti on the new Wikipedia reference to Rabbit Ears (NYQ Books, 2015) and his quotes at length in The Writer on the anthology

Art historian and curator Beth Gersh-Nesic for a great part 1 intro to the NYC fall art scene, and part 2 too

Bassist Larry Schwartzman for sending me more authentic blues in the form of Buddy Guy, who NEVER gets "old"

Poet and artist Linda Simone for this fascinating article on dreams

Filmmaker Frank Vitale for releasing Episode 26, "Skin," and Episodes 27-30 of the Metropolis Organism on YouTube

While this annogram promised to herald a new US president, I decided to get it to you beforehand.  Instead, I leave you with the enormous creativity of poets, artists, and musicians we salute here, and challenge you to contribute to this world--with your heart, your genius, your original soul.

Posted by annogram at 8:49 PM No comments: