Poetry in Translation this Sunday

Not-to-be-missed on Sunday, September 30, at 1:30pm—Poetry in Translation at the JCC in Tarrytown: George Kraus will read from his translations of Vallejo, Borges and 16th century Spanish poets Gongora, Quevedo, and Sor Juana; Ann Lauinger, her translations of Filippo Naitana who will be there to present the original Italian; Beth Gersh-Nešić, will share her translations of art critic and poet André Salmon; and I will read from Hélène Sanguinetti’s The Hero, forth-
coming from Chax Press.

The National Toy Hall of Fame is considering Chutes and Ladders, American Girl Dolls, tic-tac-toe, chalk, and the Magic 8 Ball. The Hall of Fame’s Chris Bensch says, "This year, the Susan Lucci of the toy world is the Magic 8 ball.” After seven tries, it has not yet been inducted. Will our favorite Magic 8 ball win? Fingers crossed “It is decidedly so” shows up as the answer in November.

Kevin Pilkington, winner of the National Book Award and four-time Pushcart nominee, will be giving two poetry readings at The Dodge Poetry Festival on October 20 at 2pm and October 21 at 12:30pm. Kevin will take his place among top poets at the four-day event, the largest poetry festival in North America. Here’s more on the festival lineup.

Poet Mary McCray’s astonishing second book, while reading like a novel, integrates highly crafted poetics. A gorgeous immersion into southwestern landscape, the Primer is as much a spiritual as external journey. Easterner Silas Cole finds camaraderie in the company of the mysterious Coyote, the quiet cook, and gambling cowboys who teach him to reel in his soul as well as the herd they drive. While Silas can “extract the holes of bullets” and “save them like buttons”, he ultimately learns "nothing but earth wants your bones.” This is a gritty and lyrical narrative I could not resist. Congratulations to Mary on another highly original and beautifully written work!

Pedestal Magazine submit up to 5 poems before December 2

Coffee Poems submit poem in English or other language by 10th each month to coffeepoems@writerscenter.org

My friend Elyse Faltz made this scrumptious protein-rich salad, a perfect bridge to fall eating. Enjoy! 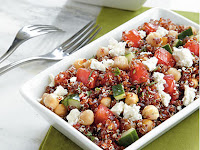 Director Rachel Cohen of Racoco Productions on spending a week at Abrons Arts Center to develop a new piece, TILT

Poet Cindy Hochman on reviewing Brett Evans's and Christopher Shipman's Keats is Not the Problem, and Lynn Schmeidler's History of Gone in Pedestal 82

Poet Meg Lindsay on “Pain Scale" in the September Light; “That First Hospital Stay” in the October Months to Years, “What They Don’t Tell You,” in 2019 Pulse; and Tiferet  finalist  “Diagnosis”

Guitarist Johnny Moses, via guitarist Michael Cefola, for this article on the benefits of arts in the boonies

Poets and Writers for this article about the effort to save Edna St. Vincent Millay’s home

Poet Linda Simone for her essay appearing in The Practicing Poet (Terrapin Books, 2018) and sharing this link to free Alice Munro stories

Author and dog rescuer Louis Spirito on adopting Hooch, whom we hope inspires another book


Memoirist Sarah Bracey White for “And Then Suddenly," a podcast by Angela Santillo  about Sarah’s mother, segregation and freedom; and “One on One with Vin Daquino”


Thanks to old school pal Eric Schecter on Facebook, I realized tonight is the Harvest Moon. To honor this celestial event, Eric evoked the Neil Young song of the same name. On this moon I wish you the magical powers of a full heart, and inspired imagination.

Posted by annogram at 9:15 PM No comments:


Free Ferry and the Getz-Gilberto Connection 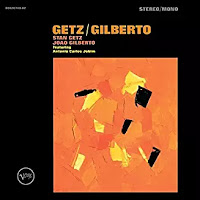 DougRamsey highlights Free Ferry in Rifftides, his award-winning jazz blog. His liner notes on the Getz-Gilberto reissue CD inspired Free Ferry’s opening. “In the post-Elvis Presley era,” he writes, “the track by Getz and the Gilbertos achieved something nearly unimaginable for a sensitive jazz performance; it became a hit.”

That was “The Girl from Ipanema,” sung by Astrud Gilberto, the housewife who became an unlikely diva, and an intro- ductory voice to Free Ferry. The book, Doug says, evokes “the myth of Orpheus and Eurydice with 20th and 21st century realities of weapons-grade plutonium, Cold War anxieties, episodes from everyday life and, sometimes, humor.”

Many thanks to Doug, winner of a Lifetime  Achievement Award from the Jazz Journalist Association, for allowing me to use his CD notes in Free Ferry.

The Hero at translation event

On September 30 at 1:30pm, I will participate in a JCC on the Hudson event by sharing from my translation of Hélène Sanguinetti’s The Hero forthcoming from Chax Press. George Kraus will read his translations of Borges, Vallejo, and 16th century Spanish poets; Ann Lauinger, her translations of Italian poet Fillippo Naitana, who will also present his work; and Beth Gersh-Nešić, poems by André Salmon, close friend of Pablo Picasso during the heyday of Cubism. Please drop by for a great afternoon of translation!

The Operating System’s 2019 catalog is now live, and I am excited to have my translation of Hélène Sanguinetti’s Alparegho, like nothing else be part of its Unsilenced Texts series. Hélène’s work is finally catching fire here in the US. When you read it, you will find it truly is “like nothing else.”

Thrilled to learn my poems, “Invisible Man" and "Origins of Horror,” respective tributes to Claude Rains and Lon Chaney Jr., will appear in Poetry Salzburg Review 34. Thanks to Dr. Wolfgang Görtschacher, who encourages everyone to subscribe to the journal or explore further collections on its website. I’ll have to go to Patisserie Salzburg with my copy for a full experience!

Congratulations to my cousin, artist Kathe Gregory, on her interview in Boston Voyager. Kathe reflects on her uber-creative upbringing, with her father, mid-century architect Jules Gregory, and mother Nancy, an avid horticulturist. Even I learned things about Kathe I did not know—such as a youthful art heist perpetrated by grad school friends! If you appreciate or make art, this is a must-read. 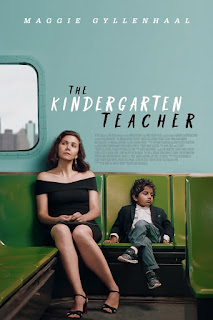 This Sara Colangelo film, starring Maggie Gyllenhaal and debuting on Netflix October 12, is a suspense-filled drama around the importance of poetry. “Kaveh Akbar and Ocean Vuong wrote the movie’s poems,” says poet Linda Simone, who shared the trailer. Thanks, Linda! Looking forward to this!

Anne Gorrick, An Absence So Great and Spontaneous It is Evidence of Light (The Operating System)

Wally Swist, Singing for Nothing (The Operating System)

Presence call for poems by October -- send to mmiller@caldwell.edu

Symphony Anthology – send up to three poems and brief bio by October 31 to symphonypoems@gmail.com

Thanks to poet Terry Dugan for this healthy recipe which she suggests for the cooler days of fall! Serves four. Enjoy!

Heat oven to 350°F. Blanch cauliflower 3 minutes. In large bowl, toss cauliflower with pizza sauce until coated. Season with salt and pepper. Place half the cauliflower in baking dish; top with half of mozzarella, parmesan, olives and onions; sprinkle with oregano and red pepper. Add rest of cauliflower to dish and repeat topping process. Bake until cauliflower is tender and cheese bubbly, about 30 minutes. Cool slightly. Garnish with parsley and parmesan.

Poet Terry Dugan on her upcoming chapbook, I’m the Reason the Kids Are Dead (Moonstone Press)

Astrophotographer Olivier Prache for this amazing photo of the M31 galaxy

Poet Natalie Safir on poems in The Same, Ginosko Review, and Westchester Review; and essay, “Unveiling the Stone,” in the anthology What Remains (Gelles-Coles Literary Enterprises)

Poet and artist Linda Simone on being featured in The Chapbook Interview; having her essay, “TripTych,” also accepted in the What Remains anthology; and for sharing this hilarious video of mean reviews

My summer with Marcel

How did you spend your summer? I traveled to Combray and Balbec, fictitious places in France, thanks to Marcel Proust. Yes, I plowed through all seven volumes of In Search of Lost Time, also known as Remembrance of Things Past. Reading it, I was alternatively riveted and bored, amazed and heartbroken. The voice, so personal and authentic, made me feel I knew Marcel—is that possible, across a century? That he walked Paris avenues I once did gave me a delicious frisson. And that’s why it’s a masterpiece; its complex messages around longing, aristocracy, and art are so immediate. Do you love extra- ordinary writing? Take the plunge! The beach at Balbec calls.

Posted by annogram at 8:50 PM No comments: