Dear annogrammers, yes, you did just receive a newsletter from me. There was so much in the hopper that I had to follow it up quickly. Thank you for your generous response, and for support around preservation efforts involving my grandfather's work. We await a verdict this month. In the meantime, send me your news and be sure to include all related links. You are amazing, and you deserve love and chocolate for all your creative accomplishments. Happy Valentine's Day!

Chen Du’s translation of my poem, “Amphibious,” has won second place in the 2020 Readers’ Favorite Awards in Yan He (Yellow River) where it appeared. Translator, essayist, and poet Chen Du has appeared in The Los Angeles Review,  Babel,  American Writers Review,  Waymark Literary Magazine,  Lunch Ticket, and Sinking Water Review. With frequent co-translator Xishen Chen, her translation of Chinese poet Yan An was a 2020 Gabo Award Finalist. I am honored to be translated by the prolific Chen Du!

Mother Mary Comes to Me

Thanks to Karen Head and Collin Kelley, editors of Mother Mary Comes to Me: A Pop Culture Poetry Anthology (Madville Publishing) for including my poem “Theokotos.” This “inspired” collection, featuring work by poets such as Laure-Anne Bosselaar and Denise Duhamel, received accolades in Amethyst Magazine. Sample it at the February 22nd, 7pm, reading from the Georgia Center for the Book.

Thanks to Cindy Hochman for publishing “The Mole” in the September First Literary Review-East and “No one praises this monastic season” in November; Robin Barratt for “We Live at a Crossing” and “Postcards on a Passing World” in On The Road from The Poet (UK); and Bethany Rivers for “Beatitude,” “When I learned that Auden was alcoholic,” and “The last time I sit with you” in Spring 2020 As Above So Below (UK). 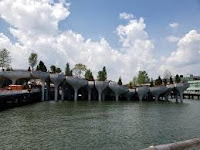 Have you heard about the Little Island? Huge tulip-shaped pylons secure the two-acre floating island in the Hudson River and create its varying levels. Designed by Thomas Heatherwick, creator of the Vessel, this island park at Pier 55 will boast three main lawns, lush varieties of trees, shrubs, grasses, and perennials; boulders for climbing, a small amphitheater, and even a secret garden. The $250 million project—initiated in 2012 by Diane Von Furstenberg and her husband Barry Diller—will open this spring.

What to do if you’re an actor out of work in the Bronx during Covid? Get creative! Steve Greenstein is producing his own series, “Covid Ditty,” a dramedy on life in the Bronx’s Kingsbridge section. He won my heart in the first episode when he entered a Carvel and the cashier began to imitate Tom Carvel! A few of us recall and treasure that gravelly voice. There’s a more complex storyline than that…so tune in. 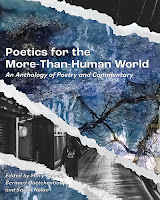 Mark Saba, A Luke of All Ages / Fire and Ice (Adelaide Books)

February 24, 10am, “Queen Esther in Art,” Beth Gersh-Nesic at Learning in Retirement (Stamford)

Thanks to Yorktown Poet Laureate John McMullen for this list: 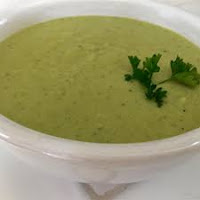 With leftover stalks from Linda Simone’s Mac and Cheese, I made this faux cream of broccoli soup that proved outstanding:

Stalks from two organic broccoli crowns, peeled of outer skin as much as possible

Sauté onion in butter in soup pot until translucent but not browned. Add broth, potato, and celery; bring to boil and simmer 30-45 minutes. Cut broccoli into chunks and steam until just tender and bright green. Remove from heat, cool, and cut into small pieces, removing any outer skin where possible. When broth is ready, add broccoli and seasoning. Remove from heat, carefully blend with stick blender until creamy, and serve immediately. Broccoli can get a sour taste if cooked too long, so add at last minute for an absolutely delicious soup.

Poet and publisher Charles Alexander for Poetry Talks Podcasts such as No. 6, “Why Whitman?”

Photographer Jeanette Briggs on winning first place for her photo, “Guys on Greenwich Avenue,” from the Art Society of Old Greenwich

Poet Cindy Hochman for her flash memoir poem, “Swan” in Litterateur (India) and having “Everything I Know” appear in The Long Islander/Walt Corner's

Poet Heller Levinson on praise from critic John Olson in Tillalala Chronicles, and for his performance of the “Trombone” poem 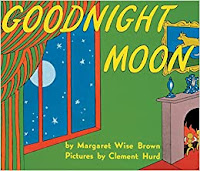 Yorktown Poet Laureate John McMullen on having “Coronavirus: A Visit to the Vet” appear in The Trolley

Poet Natalie Safir on her seventh book, In the Guesthouse of My Body, accepted by Dos Madres Press

Poet Linda Simone for her poem, “April Walk in the Time of Corona”, sharing top online
resources for short story writers, this Harvard Review article on translation, and, on a lighter note, this hilarious “Anti-Bacterial Girl” send-up

Stay well and be sweet.