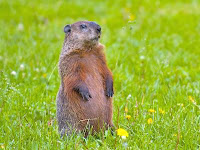 Today, annogram peeks above ground and declares six more weeks of winter!  Fine.  Bring on the hot chocolate and fat novels.  February also heralds news of upcoming publications for me—from the anthology, First Encounters with One’s Own Femininity, to poems in digital journals Zoomorphic and Amp.

Award-winning poet Kevin Pilkington will read this Friday, February 5, at 7:30 p.m. at the Hudson Valley Writers Center.  Kevin is the author of many books including his latest Where You Want to Be: New and Selected Poems (Black Lawrence, 2015).  Learn more about Kevin in this blog interview. 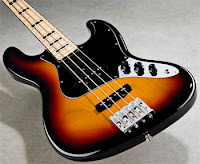 Low: The Power of Bass

Discover the integral role of bass at the Museum of Music Making, now through July 31. This exhibition introduces aspects of the low register—bass—experience. Open your eyes, ears and imagination to this sonic realm! We appreciate MoMM’s Mike Hendrickson for letting us know about this fabulous exhibit.

San Antonio’s Poet Laureate, Laurie Ann Guerrero, will read two poems by Linda Simone as part of the opening reception for Love Poems for San Antonio on Thursday, February 4, at 6 p.m. at Culture Commons.  The text-based art installation of 30+ poems celebrating San Antonio will be on display through February 28.

The Bridge at Trinity Wall Street

Thanks to poet J. Chester Johnson for alerting us to The Bridge, an art exhibition showcasing 47 contemporary artists from 15 countries. The Bridge focuses on what they hold in common through their Christian, Muslim, and Jewish cultures.  Now through February 28 at St. Paul’s Chapel in Trinity Wall Street.

Trinity Wall Street will also host Reginald Dwayne Betts, who will read and discuss his poetry on Sunday, February 21, at 2 p.m. with poet J. Chester Johnson. Shortlisted for the PEN Open Award, Betts’s Bastards of the Reagan Era (Four Way Books, 2015) has been called “fierce, lyrical and unsparing” by The New York Times. Free; arrive 1:30 p.m.


J. Chester Johnson will also read his poetry and discuss his civil rights work Thursday, February 25, at 6:30 p.m. at the Church of Heavenly Rest. Johnson wrote the Litany of Offense and Apology for Episcopal Church’s National Day of Repentance, and worked with W. H. Auden on retranslating the Psalms in the Book of Common Prayer. Free.

The recipe from The Lost Road Project: A Walk-in Book of Arkansas (University of Arkansas Press, 1994) by the late poet C.D. Wright (1949-2016), is a tribute to her most delicious poetry.  I made this mouth-watering cornbread recently and can attest to its near sacred, buttery crumb. For southerners, this may be akin to taking the Eucharist.

Writer Christopher Brisson for link to these hilarious dog collages

Poet Gary Glauber on publication of his poem, “The Other” in Verse-Virtual

Editor Pamela Laskin on the publication of It’s All About Shoes: A Collection of Essays, Poems and Stories About Women and Their Unusual Relationship to Shoes (Plain View Press, 2015)

Poet Linda Simone for this amazing recording of Stephen Hawkings reading a poem on relativity, and great take on who a contemporary Emily Dickinson might be

Happy Groundhog’s Day!  Remember, whenever you see your shadow, it’s time to make some art.

Posted by annogram at 4:35 PM No comments: