On Thursday, September 12, at 7 pm, it’s poetry! A big thank you to all of you who are planning to attend the Go Cat Go Reading Series, where I will read.  Bring your diner-food cravings and poetry to read to Gracie's Corner Diner, 352 East 86th Street.  Hope to see you!

Princeton’s Inventory
I am thrilled that Inventory, a literary translation project run by Princeton graduate students across disciplines, has accepted Chapter 3 from Le Héros (Flammarion, 2008).  That makes four journals within a few months’ time!  Publishers, what are you waiting for?  This translation manuscript needs a home.


A Slant of Light

Codhill Press Editor Larry Carr reports that he is into the second printing of A Slant of Light: Contemporary Women Writers of the Hudson Valley.  This gorgeous book makes a lovely gift this time of year.  The first of many readings will take place Saturday, September 21, 4-6 pm, at The Golden Notebook, 29 Tinker Street, Woodstock, NY (845-679-8000). 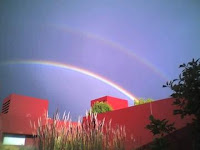 Congratulations to my multitalented spouse, Michael Cefola, on his double-rainbow photo which appears in the current Astronomy Magazine.   When Michael, former president of the Westchester Amateur Astronomers, took the amazing shot in Santa Fe, he had no idea that the space between the rainbows is called Alexander's Dark Band.  Thanks to Stephen James O'Meara's instructive column in the June Astronomy! 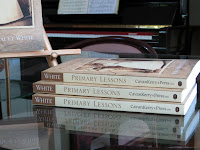 Avid readers, book clubs, and history buffs, please take note:  Primary Lessons, a stunning memoir by Sarah Bracey White, debuted days ago from CavanKerry Press.  You can read my review on Amazon, see this Journal News video of the author discussing the March on Washington, or attend what is expected to be a huge book party on Tuesday, September 24, 2013 at 7 pm, at the Greenburgh Public Library, 300 Tarrytown Road, Elmsford (NY). 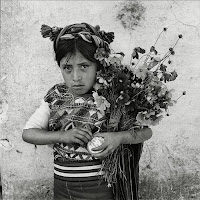 Curator Beth Gersh-Nešić invites you to the opening reception for Rosalind Solomon: Selected Works, on September 10, 6-9 pm, at Fridman Gallery.  The renowned photographer will speak at 7 pm and then screen her film, A Woman I Once Knew, named Best Experimental Short at the 2010 New York International Independent Film and Video Festival.  I plan to attend and hope you will too!

Pulitzer Remixer Neal Whitman, a docent at Robinson Jeffers’ Tor House, lives and writes in Pacific Grove (CA).  His wonderful book, The Poetry Prof: Rooted in Belief, collects two years of essays from www.shortpoems.com.  Neal’s award-winning haiku has blessed him with an expertise that applies to all poetry, as demonstrated by this chapter from The Poetry Prof:

Dieter Rams was a German industrial designer whose motto was Weniger, aber besser – “Less, but better.”  Chief of Design for Braun from 1961 to 1995, he designed kitchen appliances, audio-visual equipment, wrist watches, clocks, and shavers today in many museums.  When I attended an exhibit of his work, Less and More, at the San Francisco Museum of Modern Art, I was struck how his principles of good design apply to writing short form poems.


Haiku should be …
1. Innovative. Possibilities for innovation in design will never be exhausted. Try different forms and find a form that fits the individual poem. This does not mean that innovation should be an end in and of itself.


2. Useful. The poet should disregard anything that detracts. Haiku poets offer up their concrete experiences so that someone else can re-experience them.

3.  Aesthetic. Well executed haiku can be beautiful – keep in mind its effect on people and their well-being. There is a reason why some poems are lyrical – poetry can be music to the ears.
4. Understandable. At best, a haiku poem is self-explanatory. Plus, it allows for the user’s self-expression. The reader finishes the haiku.
5. Honest. The poet should not try to make the haiku seem more than it is. Avoid manipulation that I call the “snow storm and drifting conversation” trick. Sometimes I can “see” the haiku poet showing off how clever he or she can be.


6. Thorough down to the last detail. Leave nothing to chance, e.g., articles, pronouns, punctuation. Experiment with different variations of the same haiku. It helps to read your haiku out loud – if a word sounds wrong, it is wrong.
7.  Lean. Use as little design as possible. “Less, but better,” means do not burden reader with non-essentials. Test each word for its value.


‘Round the Net
Thanks to the following who graciously shared news, invites and/or links: 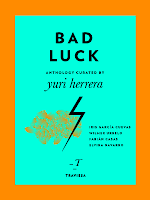 ·       Literary translator Lisa Carter for her translation of “An Ordinary Penance,” by Argentine author Fabián Casas, which appears in Bad Luck/Mala Suerte  (Traviesa, 2013).


·       Historian Neil Ginsberg for this thoughtful article on Dr. King’s “I have a dream” speech 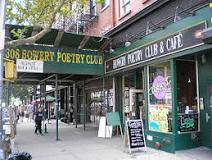 
·       Congratulations to poet Janet Kaplan on her new chapbook, Chronicles (PressBoardPress, 2013) and the newest Red Glass Books publication, A Theory of the Vowel by Beth Frost


·       Poet Robert McDowell for his new ebooks on writing haiku and sonnets, overcoming writers’ block and the first novel in a new mystery series.


·       Poet Neal Whitman for this hilarious New York Times essay about a poet at an upper crust event
We mourn the passing of two greats, poet and translator Seamus Heaney, and poet John Hollander.  Look for tributes to them in your next annogram.  And if you're a poet, honor their great body of work by advancing your own.


Ann
Posted by annogram at 3:13 PM No comments: