Happy New Year! To start it off, I offer Part 3 of my conversation with award-winning filmmaker Frank Vitale on optimizing creativity. Frank and I took several months to complete this e-mail interview. In it we explore how Frank can advance his work in the world by tapping his inner advocate, or what he fondly calls his promoter, salesman or huckster. If you like this, be sure to read Part 1 and Part 2. And let me know what you think!

Frank: Does promoting yourself and your work sound like as much fun as root canal? Maybe you didn't know it is a stage of creativity. Ann Cefola thinks it is and is here to help us through that difficult but necessary task.

Ann, help us. How do we promote ourselves?

Ann: Let’s start by reframing the idea of promotion. My friends, artist Lora Friedman and poet Linda Simone, in their creative arts workshop for kids called Magical Boxes, explain that art is incomplete until it is shared.

Ancient wisdom acknowledges this — Lao-Tzu says, “He who clings to his work will create nothing that endures.” That’s the dearest wish of most artists—that our works endure. Sitting on finished projects prevents this last step—getting it out into the universe.

Yet promotion and marketing feel like the antithesis—like selling insurance or used cars—of the highly inspired artistic quest. How do artists, who are naturally sensitive, introspective and outside society, jump into that glaring spotlight? You appropriately compare that pain to “root canal.”

Again, it’s a question of reframing: I am not promoting myself, I am promoting my work. To complete the creative process, I must be in service to the work. The work is bigger than I am. Sometimes I am unsure where it comes from. I do my best to honor it.

What has helped me has been translating the poems of Hélène Sanguinetti. I go to great lengths to get her work published. A voice inside me says, “Hey Ann, if you can be so devoted to Hélène’s work, what about doing the same for your own?” That’s a pretty good argument. I have to believe in my own work the same way I believe in hers.

Frank: What you’re saying feels like the crux of the matter. Can you elaborate on the work being separate? If I could own that, it would be easier to support my work and be an effective advocate. Is there a “cutting of the cord”? Do you consciously work at that separation?

Ann: Yes, consciously making that separation is critical. Let’s review the two other personas that also do that: The first, the wunderkind, is the magical child that creates with freedom and abandon; the second, the editor, is a discerning adolescent who crafts the work; and the third, the advocate, is the energized adult who will take the work into the world.

The three aspects of creativity must always remain separate. In earlier conversations, I talked about never letting the wunderkind and editor in the same room at once. Why? They would end up fighting, taking the focus from the art.

Similarly, when it’s time to promote a project, the wunderkind and editor must go. The wunderkind wants to play, and the editor to correct — two distracting impulses when linear attention is needed. To help make this conscious separation, I call upon the advocate as a third person to advance my work. 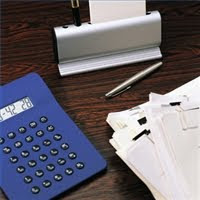 What does that mean? When you have to do something you don’t want to do, you set aside time and do it: filling out tax forms, cleaning the house, sitting in a dentist chair, standing on line at the post office. In those moments I may absent a part of myself. I move, in essence, from right to left brain. I call upon the advocate.

The advocate has no problem performing clerical tasks such as phone calls, web research, writing cover letters, etc. In addition, the advocate is like radar constantly scanning for opportunities to promote my work.

If you’re hearing a mechanical quality to the advocate, you’re right: It gets the job done. What’s the upside? These simple tasks afford a tranquility that may be lacking in earlier, more tumultuous phases of creation.

Frank: I like doing the clerical tasks. The problem is looking someone in the eye and telling him or her about my work as if it is good and important. The temptation to apologize is so strong that I often succumb to it. 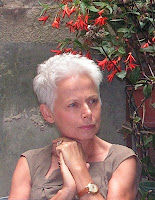 Ann: This is a problem for most of us. Hélène, the poet I mentioned, will close her eyes and quote a line from her work as if reciting Shakespeare. I am in awe of that faith in her oeuvre—it is not ego at all. It’s belief in what she calls “the poem,” the animating and mysterious language that she listens for and dutifully records.

For most of us, finding a way to talk about our work can be daunting. John Dos Passos says, “If there is a special Hell for writers it would be in the forced contemplation of their own works.” Once asked at a family gathering what I wrote about, I turned red and said, “Things,” only it came out like “They-eeennngggs,” the 20-second party version of the word.

Another time, I called a poet-friend and asked, “How would you characterize my work?” I had to write a paragraph for a poetry contest. I was amazed when she spoke about it in depth for 15 minutes.

That is one solution: To ask people we know and trust what our work means to them, what the important themes are, what the original contribution to the art is, what they love about what we produce.

I am sure if I asked you about your favorite filmmaker, you could be quite articulate about what you appreciate in that person’s work and how it has helped your own artistic path, right? 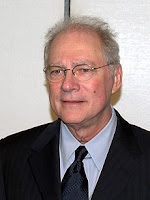 Frank: Many films blow me away. That being said, I’ll pick Barry Levinson (“Diner”, “Rain Man”). He has a way of creating characters, constructing scenes and managing emotions that goes right to my heart. This subtle magic is difficult to attain; yet, in his capable hands, it is compelling and deeply involving.

Ann: What is your favorite scene in “Diner”?

Frank: In this film, Daniel Stern hangs out at the diner with the guys and feels resentful that he has to go home to his new bride, Ellen Barkin. There is a scene where he is angry with her for putting his albums back wrong. “You can’t just put my records back any way you want!” he yells, “Pink Floyd is P! It goes between O and Q!” She doesn’t get it and he is practically crying.

This scene, both absurd and real, twists my mind and breaks my heart.

Ann: Wouldn't it be a joy for any of Daniel Stern's friends to go home to a beautiful woman like Ellen Barkin? And yet cutting short the ritual buddy time requires Daniel to literally leave his pals behind. 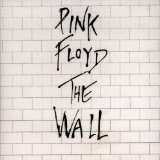 At home, Ellen Barkin carelessly rearranges one of Daniel’s albums—much like his life. Pink Floyd typically champions resistance against institutions in songs such as "The Wall”; even Pink Floyd encourages him to resist the constraints of marriage. In this perfect metaphor, Daniel’s new wife has stuffed his rebellion and disordered his life all at once.Daniel, caught between two worlds—the old that sustained him, and the new that attracted him, has a meltdown. His confusion and pain feel real to the audience.

Having explored those two scenes, I see that you enjoy films where simple gestures communicate complex emotion; where vulnerable people are challenged by their own choices. Does that sound right?

Frank: That’s a terrific scene analysis and my appreciation of it.

Ann: How would you talk about your own work now to someone who has never seen it?

Frank: “’A Man Thinking About Having An Affair’ is a documentary where simple gestures communicate complex emotions and where vulnerable people are challenged by their choices.” I like that phrasing because it makes the work seem interesting without sounding overly promotional.

Ann: Can you take what you’ve said and apply it to explain the plot?

Frank: The main character, in his late 50s, is not getting along with his wife. He runs into a woman he’s always been attracted to and goes on a date with her. The story then examines attraction, love, desire, loyalty, honor — it digs deeper into the man’s thoughts and emotions in scenes with a therapist, where the man tries to understand his feelings.

Ann: It sounds like you’re fascinated with people in the process of becoming more authentic. This transformation may be ongoing for all of us; but a constellation of events or a critical decision by a character may trigger life-changing momentum.

Frank: “A Man Thinking About Having an Affair” is about self-exploration — about me finding out about myself. My other film, “A Perfect Stranger”, is partially that. I like your phrase

“becoming more authentic.” Therapy is a standard way to explore one’s self; a more unorthodox way is to make art. My film “Montreal Main” did both and was creatively the most successful thing I’ve done.

Ann: I’m not surprised. When artists take personal, emotional risks — the self exploration you describe — their work becomes more authentic. James Joyce said that the in the specific we find the universal. People identify with the character’s struggle. That’s what art does: transform both the character and viewer. The ancient Greeks who knew the ending of Oedipus Rex, wanted to see it again and again. That’s the pull of great art.

So, now, what are you going to do to promote your films? What does your inner advocate say? Anything new or different you might consider?
Frank: Two things that stand out from our conversation are “small emotional gestures conveying complex emotions” and the necessity to take personal risks. What’s new and different is talking about my work in the same scary way that I make the stuff in the first place.

Ann: That’s true: that vulnerable place also the place from where we must promote our art. We can make it feel safer by talking first to peers, people we trust— and also ask them for ideas how to promote our work. Every artist needs a brain trust— two or more friends who believe passionately in the person’s creativity ability and who will speak truthfully about it. 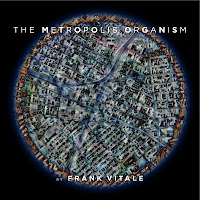 Frank: Serendipitously, I am days away from completing my enhanced eBook, The Metropolis Organism, an electronic book with audio and video. Over the course of this interview, I have sent 800 invitations to my January 29th book launch party. That month I will exhibit book stills on the wall at the Nyack (NY) Starbucks. A friend is doing publicity for the launch and marketing thereafter. Another, a professional media specialist, has agreed to get me onto local radio and TV, and to see where it goes from there.

I had been nervous thinking about getting to the marketing phase. But I don’t feel nervous now that friends and others are taking me seriously and are willing, even enthusiastic, to help.

Ann: You’re welcome, Frank. You add an important final note — there is an appropriate, even welcomed, place in our lives for the advocate. Yours is doing well. Keep up the great work, and congratulations on your outrageously inventive book! It deserves all the energy your advocate can muster.

Contact poet and translator Ann Cefola for one-on-one creativity coaching, and creativity or poetry workshops. She also gives a biannual Master Translation Workshop for graduate students at Manhattanville College. Ann will be giving a new workshop, Mapping Lyric Narrative, in April at the Unicorn Writers Conference.
Posted by annogram at 6:15 PM No comments: