Wishing you a wonderful 4th of July!  Certainly a day to give thanks for our country, one of the most innovative and creative on the planet.  We still deliver cutting-edge arts thanks to our democratic ideals of freedom of speech and the pursuit of happiness.  And while we often fall way short of them, we each can find the opportunity to express our best talent and dreams.  That's what makes us great as a nation, and that's what makes you extraordinary as an artist.


Thanks to the Cancer Poetry Project for awarding my poem, “Landfall,” an honorable mention in this year’s contest.  Editor Karin Miller selected 12 winners out of 1,000 submissions.   The Project will make a donation for each winner, and I chose Memorial Sloan-Kettering Cancer Center. The winning poems follow last year’s Project book that has become a source of encouragement for people fighting and surviving cancer and those that care about them.
London’s Chuffed Buff Books

Just in time for the Queen's Diamond Jubilee, I am thrilled that my poems, “Theotokos” and “What I Took From the Torah Scholar,” will appear in Journey to the Crone to be published by Chuffed Buff Books in London.  Along with Alhambra Publishing (Belgium), and Haven Books (Hong Kong), this anthology is giving my work more global exposure.  Thanks to Chuffed Buff editor Susan Philip!  And best wishes to our favorite royal!
Transit of Venus 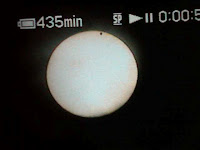 When a clouded sky opened for 20 minutes on June 5, it revealed the Transit of Venus—that is, the march of Venus across the sun, which will not occur for another 105 years.  Looking through an 80mm refracting telescope with a solar filter, my husband Michael snapped this shot which was quickly posted to the Westchester Amateur Astronomers, then amazingly picked up by former Shuttle Commander and International Space Station resident Ron Garan who placed it on his Fragile Oasis Facebook page.


Joey Leone at the Pizza Stone

In our New England travels, we have stumbled across major acts in far-off places...Ronnie Earl at Squam Lake (NH) Steakhouse, and last month, Joey Leone at the Pizza Stone (VT).  Who is Leone?  A guitarist's guitarist whose signature Eastwood guitar sold out within 24 hours.  With only a three-piece band, Joey achieved a full-orchestra sound on Tull, Who, and Pink Floyd and returned to spare but driving rock on Johnny Cash, Allman Brothers and Grand Funk Railroad.  He played above the fret at times, used the microphone as a slide and even plucked strings with his teeth.  His prodigious talent aside, we could have wept for all the songs Michael and I have loved over the years delivered with so much passion and skill. 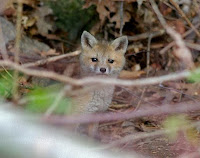 Here's your chance to help out my brother who took this fantastic shot of a fox kitten in his yard.  Please vote for it at the National Wildlife Foundation Photography Contest.  Thanks!


Come hear award-winning writer and essayist Herb Hadad on Sunday, July 8, 4:30 p.m., at the Hudson Valley Writers Center in Sleepy Hollow (NY).  Herb is the wonderful instructor who got many of us (ahem) on the road to writing, and a former contributing reporter and essayist for The New York Times. Admission of $5 includes a fantastic wine and cheese reception following this reading.

On Saturday, July 14 at 4 p.m., Richard Howard, Nancy Milford, and Rowan Ricardo Phillips will read French Symbolist poems as part of the New York Botanical Garden’s tribute to French Impressionist Claude Monet's garden at Giverny. This event features the poetry of Charles Baudelaire in French and translation. An All Garden Pass is required to attend.


The Greenwich Art Society exhibit, which features a painting by Randy Briggs, runs through July 19 in the Flinn Gallery at the Greenwich (CT) Library.  The gallery is open Sunday 1-5 p.m., Saturday/weekdays 10 a.m. -5 p.m., and Thursday evenings to 8 p.m.  Take a drive to Greenwich—maybe it’s cooler there on the Sound than here in Westchester!

If you missed "The Complete Works of William Shakespeare, abridged" by the Tibi Confidas Theatre Troupe, here’s another chance to see this side-splitting sendup of the Bard’s works on August 3 and 4 at 8 p.m. at Curtain Call Theatre in Stamford (CT).  Come enjoy this intimate cabaret space for a rollicking show that will test how much you’ve retained from English Lit.  To prepare, read about the theater that existed prior to the Globe.
`Round the Net


Most of these items came from Daily News on Poet & Writers… I note if someone else sent a link.  Grateful!

·  Dog lovers, enjoy this video of “Two Dogs Dining at a Busy Restaurant.”


·  Mary (Ladd) McCray for Big Bang Poetry, dedicated to exploring “the whole life of the poet.”


·  The New Yorker on virtues of daydreaming and Wall Street Journal on Poets House Walk Over Brooklyn Bridge.


·  Flannery O’Connor reading “A Good Man Is Hard to Find.”


·  Great site for video poems, article about poetry as texting, and writers who were also artists.
Hoping you stay cool and creative during these hot summer days! 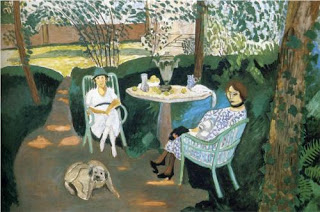