The Year of the Tiger is off to a roaring start: My work will appear in two anthologies, Motif: Chance and the unlikely breast-themed Wait a Minute, I Have to Take Off My Bra. In addition, Hélène Sanguinetti, the French writer I translate, is the first international poet featured in Presa. The editor writes: “Recognized in her native France, Hélène is an innovative experimental poet [who] incorporates a wide range of elements in her poems, such as dialogue, shifting personae and visual field.” This power-packed Presa also features Eric Greinke’s astute essay, “The Potential of Poetry,” a must-read for poets everywhere.

Clapton and Beck at the Garden 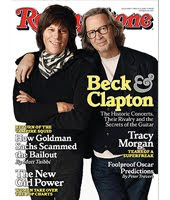 What a pleasure to see two top guitarists play together! Jeff Beck, backed by a 12-piece orchestra, opened the first set. Looking buff in a white sleeveless shirt and black vest, Beck played with usual intensity, with bass player Rhonda Smith, and drummer Vinnie Colauita and keyboardist Jason Rebello. He performed his Grammy-winning version of the Beatles’ “A Day in the Life” and other classically-bent songs from his new CD “Emotion and Commotion” (Atco). Beck’s gift, bending notes so that the guitar sounds like a haunting vocal, was most apparent in the Beatles’ song.

While Clapton is not god, hearing him is still a transcendent experience: Starting with acoustic Delta blues, he worked his way to Derek and the Dominos standards such as “Tell the Truth”; and then signatures “I Shot the Sheriff” and “Cocaine.” Third set brought both guitarists together—in suit jacket and glasses, Clapton looked like the professor next to punky Beck. Both electrified the Garden with “Moneymaker,” an emotive “Moon River,” Cream’s “Outside Woman Blues” and Muddy Water’s “Little Brown Bird.” A historic night—for more on this pioneering duo, see the current Rolling Stone cover story.

On Saturday, March 6, at 2 p.m., Greenburgh Arts and Culture will present Herbert Hadad, author of Finding Immortality: The Making of One American Family (iUniverse, NY and Bloomington) and Marilyn Johnson, author of This Book is Overdue: How Librarians and Cybrarians Can Save Us All (Harper). Hadad is a superb, award-winning writer and Johnson an equally excellent raconteur. Free at the Greenburgh Library, 320 Tarrytown Road, in Elmsford. And save Sunday, March 21, 2-4 p.m., for NYFA award-winning poets E.J. Antonio and LaTasha Nevada Diggs at Greenburgh Town Hall.

Kristof and WuDunn on Half the Sky

New York Times editorial writer Nicholas Kristof and journalist Sheryl WuDunn believe women are the secret to the prosperity and stability of the global economy. Come hear the husband-and-wife team discuss their new book, Half the Sky, at Scarsdale High School, White Plains Post Road, in Scarsdale, on March 2 at 7:30 p.m. This free event, sponsored by the Independence Institute, the Scarsdale Teachers Institute and the Scarsdale Middle and High School PTAs, celebrates 225th anniversary of the Scarsdale Schools and its dedication to preparing students for an interdependent world.
Amazing Maggie (or how to get things Dunne)

Nicholas Kristof recently held a YouTube contest for college kids asking them why one should accompany him to visit a developing country. Maggie Dunne, family friend and Colgate University student, challenged Kristof to do something else first. Maggie founded the Lakota Pine Ridge Children’s Enrichment Project, an annual clothing and book drive for children on the Pine Ridge Reservation. She has since interned with a bank in Southeast Asia that specializes in microloans to poor people. IMHO, Maggie’s a winner no matter who wins the YouTube contest! 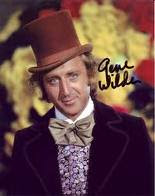 I’m honored to give the poetry workshop at the Unicorn Writers Conference on Saturday, April 10, at the Oronoque Country Club in Stratford, Connecticut. Organizers promise “a writers’ conference like no other!” The day includes opportunities to receive feedback from publishing insiders on manuscripts, attend one or more of seven craft workshops, and get insights into the business of books—from contracts and cover art to media, marketing and promotion. Gene Wilder, actor and writer, is the keynote; and a dinner dance with live music will wrap up the day. Sounds wonderful. Hope to see you there!

Alexander and Theroux to read
Pulitzer Prize Finalist Poet Elizabeth Alexander will read at Manhattanville College on March 2nd at 7p.m and author Phyllis Theroux on April 13th 9 at 7:00 p.m. Each program includes a reception, Q&A and book signing. The free readings will be held at Manhattanville College’s Reid Castle, 2900 Purchase Street, Purchase NY. Reserve a seat by calling 914 323-5239 or e-mailing sirabiank@mville.edu. 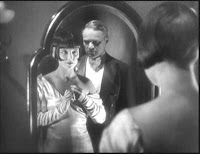 ‘Round the Net
Thanks to the following people who sent me these great links:

· Dusty Sackett for this fascinating video palindrome on YouTube

· Linda Schneider for editing Mentor’s Bouquet, work by writers she has mentored

· Linda Simone for the lovely journal Assisi with her page one poem, “Stunning with St. Francis in the Garden”

· Julie Wisckirchen for her new blog

I will end with this Clapton quote: “I’ve always believed that if I’m true to that part of my consciousness that is the music, I’ll be all right.” Amen.

Until next time,
Ann
Posted by annogram at 1:25 PM No comments: