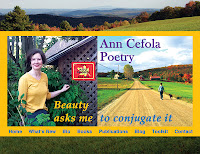 Thanks for the hundreds of visits to my new poetry website and Now in November Pulitzer Remix blog.  More news:  Asymptote Journal will excerpt my translation of The Hero by Hélène Sanguinetti; and my poem, “Sugaring,” will appear in Sundress Publications’ anthology, Not Somewhere Else But Here: A Contemporary Anthology of Women and Place.  Another anthology featuring my work, Journey to Crone (Chuffed Buff Books, 2013), is now available as e-book.

A Slant of Light


I am thrilled to be in A Slant of Light: Contemporary Women Writers of the Hudson Valley (Codhill Press, 2013), edited by Laurence Carr and Jan Zlotnick Schmidt.  A Slant of Light is divided into Mythos, Body & Gender; Identity; and Woman in the World.   The divine Brenda Connor-Bey suggested I submit my work—thank you Brenda wherever you are! 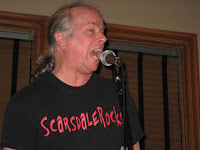 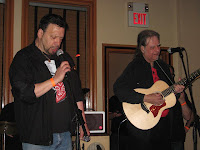 
600 HIGHWAYMEN will re-spin Death of a Salesman in This Great Country at the South Street Seaport Theatre during the River to River Festival, July 10-13. Seventeen actors will join with audience members using 600 HIGHWAYMEN’s unique theatrics and highly charged performance style.  Look for my friend, the talented Wayne Joseph, who will portray the next-door neighbor Charlie in this iconic American drama. Click here for tickets. 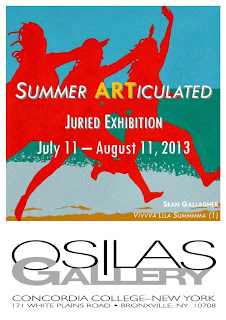 
Randy's watercolor, Ocean Street, Cape May, will be on display at the Summer ARTiculated Juried Show at Concordia College's OSilas Gallery.  Opening reception will be Thursday, July 11, at 7 p.m. The exhibit will run one month, Tuesdays and Wednesdays, 10 a.m. - 3 p.m.; Thursdays, 12 noon - 9 p.m.; and Saturdays /Sundays, 2 p.m. - 5 p.m.  Congratulations, Randy!


Nothing like escaping the hot pavement of New York for Vermont’s cool Green Mountains!  If you’re heading north, take advantage of the Bookstock Literary Festival  in Woodstock July 26 -28.  All events are free and open to the public.  Hear poets like Donald Hall, Richard Blanco, and Galway Kinnell alone.  If you go, save room for pancakes at Sugar n’ Spice in nearby Mendon. 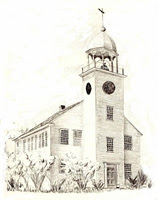 
It’s bad enough that Big Bang Poetry’s Newsletter blows the top of my head off, to paraphrase Miss Dickinson, then along comes Robert McDowell’s Newletter #126 on Mr. Yeats (right).  In it, he shares this amazing quote on the imagination from Keith Johnstone’s IMPRO: Improvisation and the Theatre (Routledge, 1987):


Students need a “guru” who “gives permission” to allow forbidden thoughts into their consciousness. A “guru” doesn’t necessarily teach at all. Some remain speechless for years, others communicate very cryptically. All reassure by example… It’s no good telling the student that he isn’t to be held responsible for the context of his imagination, he needs a teacher who is living proof that the monsters are not real, and that the imagination will not destroy you.


Thanks to everyone who sent me these wonderful links and/or news:


·       Congratulations to Terry Dugan on winning the Christopher Hewitt Award in Nonfiction and a Finalist in Poetry from A&U Magazine, which praised her writing’s’ “unique perspective and beautifully considered language.”  Go Terry!


·       Terry also shared this incredible software to assess a poem.


·       Congratulations to Pulitzer Remixer Gary Glauber on the publication of his poem, “Play,” in The Kitchen Poet.
·       Poet Cin Hochman on her superb review of Jane Ormerod’s Welcome to the Museum of Cattle in First Literary Review East.


·       Actor Tony LoBianco for reminding us of the timeless appeal of The French Connection, a five-time Academy Award winner, which recently aired on HBO.


·       Poet Linda Simone for novelist Chimamanda Adichie’s talk on “The Danger of a Single Story” and this glimpse of Afghan life through poetry.


Thanks to Galway Kinnell’s reminder:  Everything flowers, from within, of self-blessing. 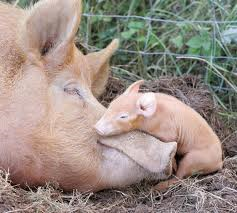 put his hand on the creased forehead
of the sow, and told her in words and in touch
blessings of earth on the sow, and the sow
began remembering all down her thick length,
from the earthen snout all the way
through the fodder and slops to the spiritual curl of the tail,
from the hard spininess spiked out from the spine
down through the great broken heart
to the blue milken dreaminess spurting and shuddering
from the fourteen teats into the fourteen mouths sucking and blowing beneath
them:
the long, perfect loveliness of sow.

Posted by annogram at 3:36 PM No comments: