There are too many great things going on…so here’s your holiday annogram a month early. First, you can find my poems in If Poetry Journal (scroll to “Kerning” below Superman article), Protest Poems, and Umbrella Journal. Then, we have assorted reviews and some soap thrown in for good measure—so read on!

Hence this cradle review in Absinthe
Thanks to Notre Dame Visiting Scholar and translator Anne Magnan-Park for her thoughtful review of Hence this cradle (Seismicity Editions) in Absinthe: New European Writing. Ms. Magnan-Park accurately describes Hence, my translation of Hélène Sanguinetti’s second book, as “a series of kaleidoscopic narratives through opening lines that function as a sibylline compass” and praises the translation as a “welcome dépaysement.”

Isabelle Garron and Rosmarie Waldrop at St. Mark’s Poetry Project
What a pleasure to hear Isabelle Garron read from Face Before Against (Litmus Press), a book my Seismicity Editor Guy Bennett calls “one of the most compelling works of French poetry to have been published in recent years.” Beloved poet and noted translator Rosmarie Waldrop, founder of Burning Deck Books, also read, treating us to intellectually playful prose poems. I’d never been to St. Mark’s—and the enjoyable event attracted a full house of noted translators and poets.

Inside The New York Times Book Review
Driving I-95, I stumbled on this WQXR (96.3 FM) program two Fridays ago at 6:05 p.m. Book Review editor Sam Tanenhaus interviews his reviewers about book events such as the National Book Awards. I was thrilled to hear my poetry teacher, Mark Doty, won the National Book Award for his collection, Fire to Fire (Harper Perennial). You can download podcasts of the program although I could not find a web site.

See the colorful, whimsical ceramic work, paintings and drawings by Hastings resident Anne-Marie McIntyre, December 5, 6 and 7, 12 noon to 5 p.m. at Studio 339, 145 Palisade Street in Dobbs Ferry. “Come and visit,” says Ms. McIntyre, “I have a lot of beautiful new work!” You can see this is true by visiting Studio 339 online. Before attending the Open Studio, please call 917-685-3516.

Book review: Désert
by Jean-Marie Gustave Le Clézio
Désert (Gallimard, 1980), parallels two stories: The journey of a contemporary girl from desert shantytown to Marseilles, and the flight of her Arab ancestors from soldiers bent on their destruction. Mr. Le Clézio, this year’s Nobel Prize winner for literature, captures the desert’s brutality with a lyricism that evokes the painter Rousseau (translation mine):

It was as if there were no names, here, as if there were no words. The desert wind washed all, erased all. Men had the freedom of space in their eyes, their skin like metal. Sunlight exploded everywhere. The sand ochre, yellow, gray, white, the light sand glistened, revealed the wind. It covered all traces, all bones. It pushed back light, it chased water, life, far from a center that no one would recognize. The men knew that the desert didn’t want them: so they walked without stopping, on paths that other feet had already run, to find something else. Water, it was in the aiun, the eyes, a sky color, or in damp beds of old mud streams. But this wasn’t water for pleasure, nor rest. It was only a trace of a glimmer on the desert surface, the parsimonious gift of a dry God, the last movement of life. Heavy water pulled from sand, which gave colic, which induced vomit. It was necessary to go further away, leaning in a little, in the direction given by the stars. (13-14)

Beyond the author’s narrative skill, the first story of desert nomads bears an uncanny likeness to the recent intervention in Iraq. This global insight, as well as literary skill, must have been a critical consideration in awarding the author the Nobel.

Book review: Qu’il faille by Isabelle Garron
Qu’il faille (Flammarion, 2007), poet Isabelle Garron’s fourth book, could be translated What may be necessary or What is needed. Gem-like stanzas on each page combine visual detail with a diarist’s reflective tone: Think of Jean Valentine’s emotional compactness combined with Brenda Hillman’s inventive punctuation (apologies to Eleni Siklelianos who is translating the book):

… & however! these deserts separating us is real today
as feeling your eyes cross the roses .. fffrrr .. fffrr
.. fffrrr Bagatelle roses .your hand new face this is ...

This shorthand of well-placed image and telegraphed language suggests an unidentified emotional journey. Ms. Garron, like her colleague Hélène Sanguinetti, takes big and rewarding risks with language. It’s my pleasure to highly recommend this book. For more insight into her work, see the video interview at The Continental Review.

Unfortunately, Père Noël brought a lump of coal with this one: Catherine Deneuve, a terminally ill matriarch, presides over a Christmas reunion of her three angry and estranged adult children. While the serpentine plot suggests one of the unstable offspring will do away with themselves—and honestly, I may have been wishing for that—the movie fails to transcend its tortured characters to find a satisfying resolution. IFC's Matt Singer praises this film as "one of the best dysfunctional family films" of the year, citing amazing performances and cinematic direction--which were both great. The most worthwhile part was recognizing dear friends seated in the row ahead! 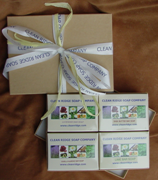 · Frances Twiss for this inspiring story about our new president-elect.

· ALTA member Erica Mena for this NPR story on translation.

· Composer Donald Sosin for this piece on re-scoring Superman cartoons.

· Poet Martie Palar for the link to literary videos on The Continental Review.

· Jackie Sheeler for turning me on to Good Reads, a book lovers’ site.

Thanks for participating in your annogram this past year with your encouraging comments and enthusiasm for each issue. May you have a holiday filled with wonder, peace, and good friends and family, as well as continued fulfilling creative work and rewards in 2009. 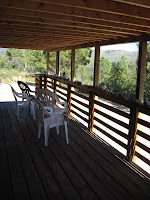 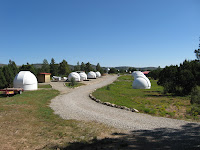 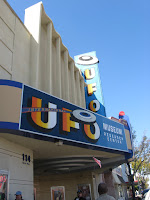 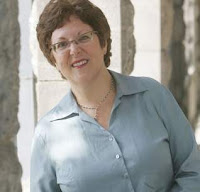